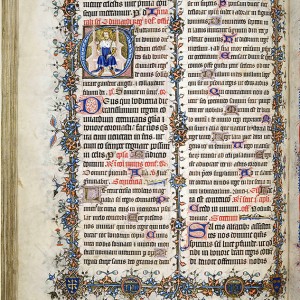 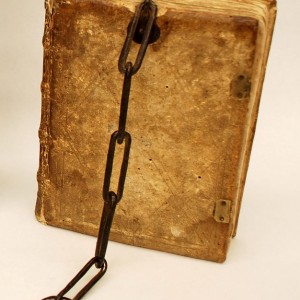 The college's canons were committed to making sure that St Stephen's thrived, and wanted to be remembered as part of it. They often gave their service books to the college when they died.

In the 1380s, Canon Adam Chesterfield gave 'a great missal' to be used in the morning mass. Missals contained all the prayers and other notes needed to say high mass, and sat on the altar. They could be highly decorated, like the one shown here, used at neighbouring Westminster Abbey.

Chesterfield's specification suggests that he wanted to be remembered every morning when his book was used.

Other members of the English church were familiar with the canons through shared work in government. One of the men who knew the college well in the mid-fifteenth century was William Lyndwood, bishop of St Davids. He had written a new comprehensive handbook of English church law, the 'Provinciale', which was to be the guiding textbook for the next three centuries.

He left his own copy to St Stephen's and asked that it be chained in the library or the vestry, so that other copies could be checked against it for accuracy. The canons would have found it useful in their legal work for the king, and other lawyers could also come to use their copy.