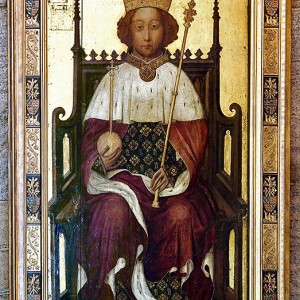 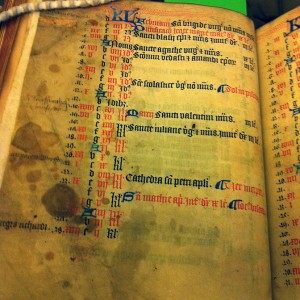 Throughout the year, the canons and vicars gathered to say special prayers on the anniversary of each king's death.

Edward III was remembered as the founder on 21 June, for example. After 1400 the community would pray for Richard II on 28 February, and on 9 April every year after 1483 for Edward IV.

Despite abolishing such prayers for others, Henry VIII still wanted to have them said for himself, and promised the canons £5 for turning up.

Quite ordinary people also sought prayers for their souls after death. They gave money or land to support small payments to each member of the college who attended a yearly service on their behalf.

To make sure that these services were not forgotten, the canons added the names of benefactors to their calendar, which survives in the British Library.

Often donors wanted their family to be remembered too, so Margaret Swift included her first husband Peter Swift, formerly a merchant in the City of London.

Image 2: The college's register of commemorations included everyone from kings to merchants by the 16th century. British Library, London, Cotton MS Faustina B VIII, f. 1v. © The British Library Board.