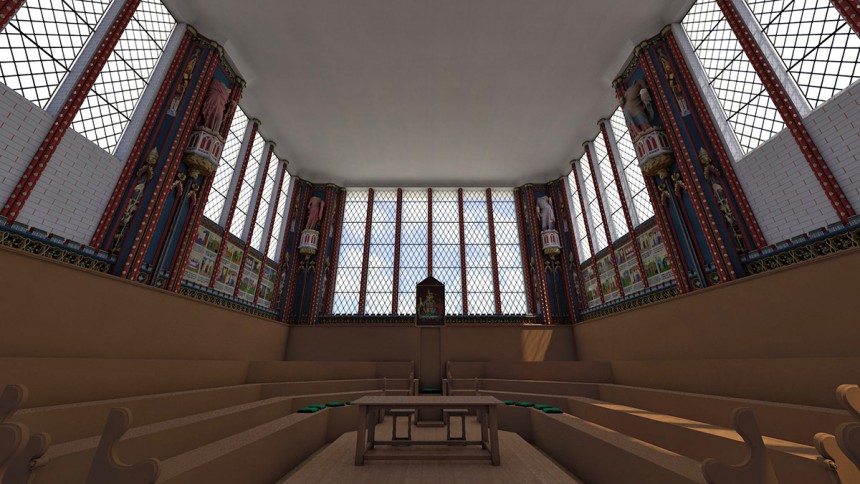 The Appearance of the Chamber 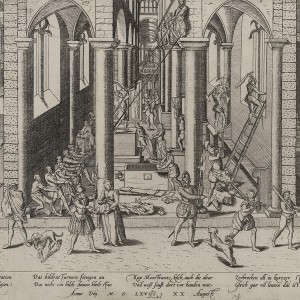 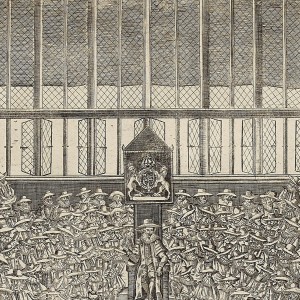 It has long been thought that the Commons Chamber would have looked very plain when compared to the medieval chapel.

This would have reflected the religious stance of many MPs, who supported Protestant policies and called for further reform in the church. Rich decoration and religious images would surely not have been tolerated inside the Commons Chamber.

The accounts for 1585 show that the chamber's ceiling was repaired and whitewashed, but not decorated.

However, there is evidence that some of the building's medieval splendour remained.

In 1601 parliamentary diarist and MP Hayward Townshend made a speech referring to the "curiouslye paynted" walls of the Commons Chamber, which "witnesse our Forefathers' care in cheerisheinge this arte of paynteinge".

This implies that some of the medieval painting in St Stephen's Chapel was still visible. The statues of the Twelve Apostles, defaced but still recognisable, survived as late as 1641. 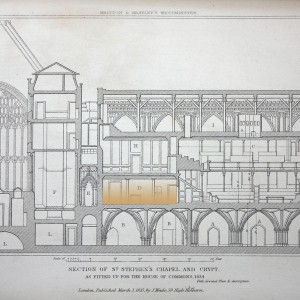 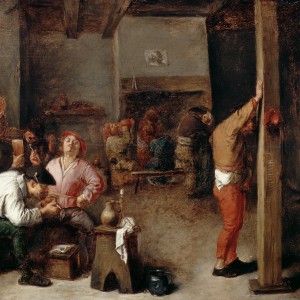 The area outside the Commons Chamber had originally been the west end of St Stephen's Chapel. It was put to new use as a lobby, where parliamentary clerks worked and the public waited to present petitions: the origin of the term to 'lobby' MPs.

When the Commons divided to vote, those members who supported the proposal (the 'Ayes') would come into the lobby in order to be counted on their return to the chamber.

This image shows the former west end of the chapel, converted into the lobby of the House of Commons.

In spite of the presence of a Serjeant at Arms and a Doorkeeper, the lobby was often crowded with MPs' servants, messengers, and members of the public. Controlling this space could become very difficult.

On 2 March 1610, the Commons discussed how MPs' cloaks had been stolen from their servants. It was found that the culprits were pages from the House of Lords, who had pawned the cloaks to settle their tavern bill.

Image 1: 'Section of St Stephen's Chapel and Crypt, as Fitted up for the House of Commons, 1834', in E. W. Brayley and J. Britton, The History of the Ancient Palace and late Houses of Parliament at Westminster, London, 1836, pl. XXV.

The Growth of the Commons 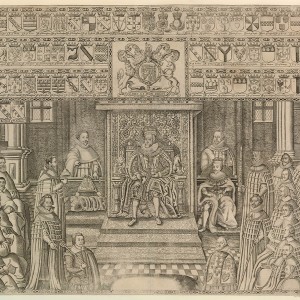 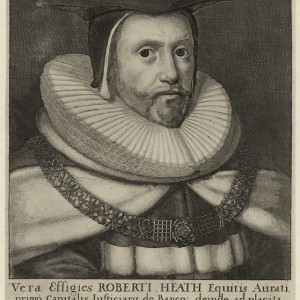 The number of MPs elected to the Commons grew steadily over this period. From 296 Members in the early sixteenth century, the Commons had expanded to 493 MPs by 1629.

The chamber was so tightly packed during key debates that MPs were reluctant to risk losing their seats by getting up to vote.

At other times absenteeism could be a problem, as Members pursued legal business, exchanged news, visited the court or went to plays.

The Commons were also able to revive 'decayed' boroughs which had previously sent MPs, although this could bring them into conflict with royal policy.

In 1624 Sir Robert Heath warned that a proposal to revive four boroughs would lead to "an excessive and unnecessary number" of MPs.