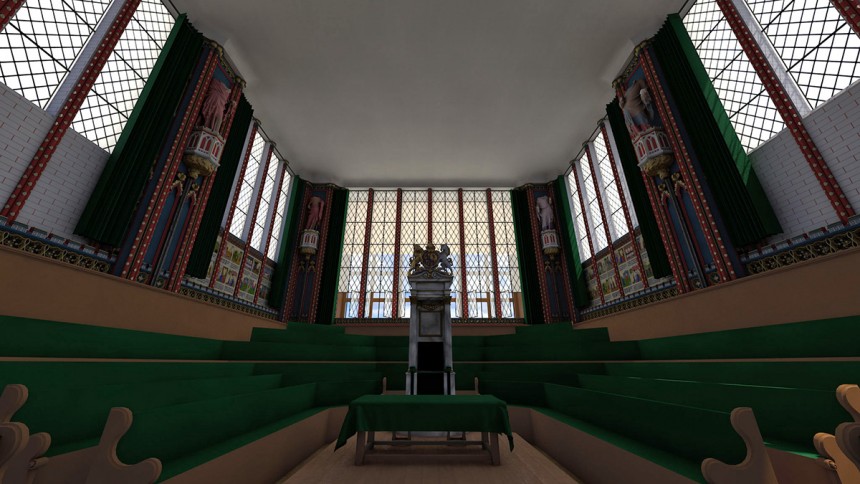 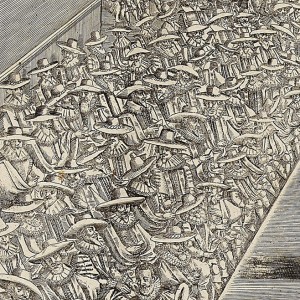 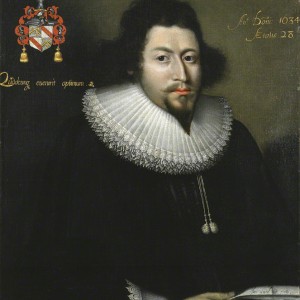 With so many MPs crammed into the former chapel, a solution needed to be found.

In 1601 parliamentary diarist Hayward Townshend recorded "old Parleamente men" talking about "certeyne holes, some two inches square, in the walls". These were to "uphould a skaffold round about the House, for them to sit on", last used in 1566.

Curiously enough, the reason for this "skaffold" was the early Elizabethan fashion for "greate breeches stuffed with hayre like great wollsackes".

By 1606 a gallery had been built in the Commons to accommodate more MPs. Serjeant Painter John de Critz was paid 32s. for painting "certaine postes rayless and boordes" a russet colour.

Fifteen years later the gallery was reconstructed with balusters, a handrail and three "longe Collumnes", which de Critz painted to resemble 'Rance', a fashionable marble.

The lawyer and MP Bulstrode Whitelocke criticised the disruptive MPs who occupied the gallery, "the resort of mutineers".

The Experience of Debate 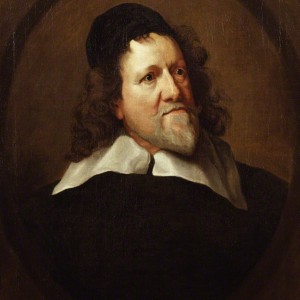 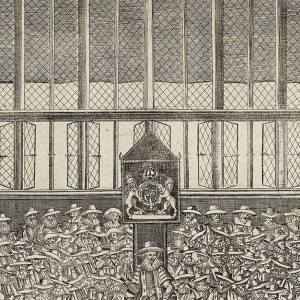 With a greater number of MPs attending Parliament, the problems with the Commons Chamber became acute. In 1604 the Works Accounts record the construction of "certaine newe steppes up to the seates".

In March 1621 a committee was created to "take a View for enlarging the Seats in the House, and for making a Provision for keeping out the Sun". One member was Inigo Jones (1573-1652), the celebrated architect and Surveyor of the King's Works.

It is clear that the Commons Chamber was still often unpleasant to sit in. During debates in May 1641, Sudbury MP Sir Simonds D'Ewes complained about being "thus shut in this hot and sweltery time".

The Commons could also become very noisy. Writing on 9 June 1614, the diplomat Sir John Chamberlain noted that some MPs thought "many that sat there were more fit to have ben among roaring boyes then in that assemblie".

Later, opening casements were introduced into the east window.

The Mace in the Commons 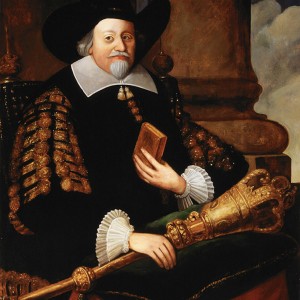 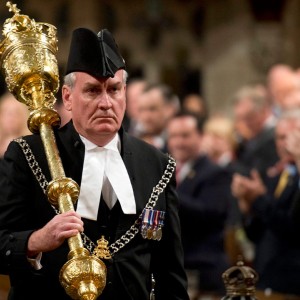 The mace is the emblem of office of the Serjeant at Arms. Originally a symbol of royal authority, the mace came gradually to represent the power of the Commons.

In 1640 the Commons spokesman John Pym criticised the "new doctrine, that wee can doe nothing without a Speaker, or the mace".

Following the execution of Charles I in 1649, the goldsmith Thomas Maundy was commissioned to make a new mace without the royal arms.

The mace has an important role in parliamentary ceremonial to this day. Dating from Charles II's reign, the current Commons mace is decorated with the royal arms, a crowned rose, a thistle and a harp.

Carrying the mace on his right shoulder, the Serjeant at Arms precedes the Speaker into the chamber at the start of each day's business. Between Parliaments the mace is kept at the Jewel House in the Tower of London.