The Office of Prime Minister 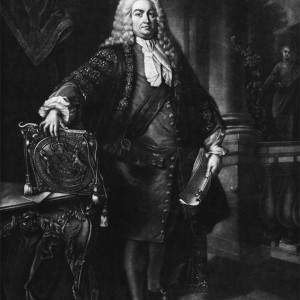 Following the Glorious Revolution in 1688, monarchs were more dependent on Parliament to pursue their policies and secure tax revenues. Robert Walpole was the first minister able to steer bills consistently and successfully through the House of Commons, becoming particularly powerful between 1730 and 1742.

Walpole's success in this role has led historians to declare that he was the first prime minister. The term, however, was one that Walpole rejected. Following criticisms of his influence over the king, Walpole was forced to declare "I unequivocally deny that I am the sole and prime minister".

The term prime minister continued to be used as an insult throughout the eighteenth century, but the merits of having a dominant minister became clearer during the American Wars of Independence, when Lord North declared that a 'prime minister' would help to direct policy.

The term prime minister became common usage after 1805, as demonstrated by its use in The Times newspaper. However, it did not become an official position until the end of the nineteenth century.