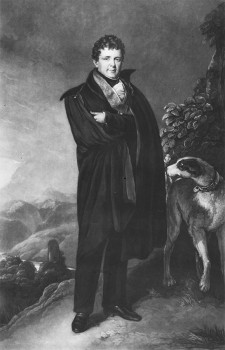 Religion was a problematic and divisive issue within the Commons. Following the Glorious Revolution of 1688 Roman Catholics were prevented from holding offices or sitting as MPs.

Prime Minister William Pitt pledged to remove these restrictions as part of the 1800-1801 Acts of Union with Ireland. This would have allowed the mostly Catholic population of Ireland full citizenship, but the measure was blocked by George III. As a result, between 1800 and 1829 the newly United Kingdom was ruled solely by a Protestant elite, leading to Irish disillusionment with government from Westminster.

In 1828 O'Connell won a by-election in County Clare and repeated this feat in 1829. This exposed the constitutional contradiction that a Catholic could be elected for a constituency, but not be allowed to take his seat within the Commons.

This led the Duke of Wellington and Robert Peel to introduce the Catholic Relief Bill in 1829, which was passed despite continued and often hostile opposition. O'Connell took his seat in the Commons in 1829.