An Accident Waiting to Happen 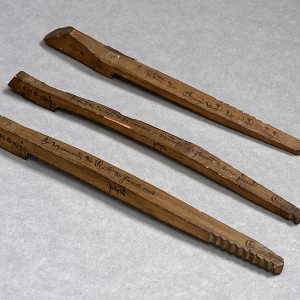 By the late eighteenth century there were so many winding passages, flimsy partition walls and rambling staircases in the ancient Palace of Westminster that the sprawling collection of buildings had become an accident waiting to happen.

The long-overdue catastrophe finally occurred when two large cartloads of wooden tally sticks (a form of medieval tax receipt) were unwisely burned in the heating furnaces below the House of Lords Chamber throughout the day on 16 October 1834.

Warning signs were persistently ignored by the senile Housekeeper and careless Clerk of Works, leading the Prime Minister later to declare the disaster, "one of the greatest instances of stupidity upon record".